The Chapel sadly closed permanently in April 2020 due to a decline over many years in the number of people regularly attending services. The numbers became so few that it was no longer possible to continue.

The Wesleyan Reform Union has given the trustees permission to sell the building. All money raised from the sale will be returned to the WRU. 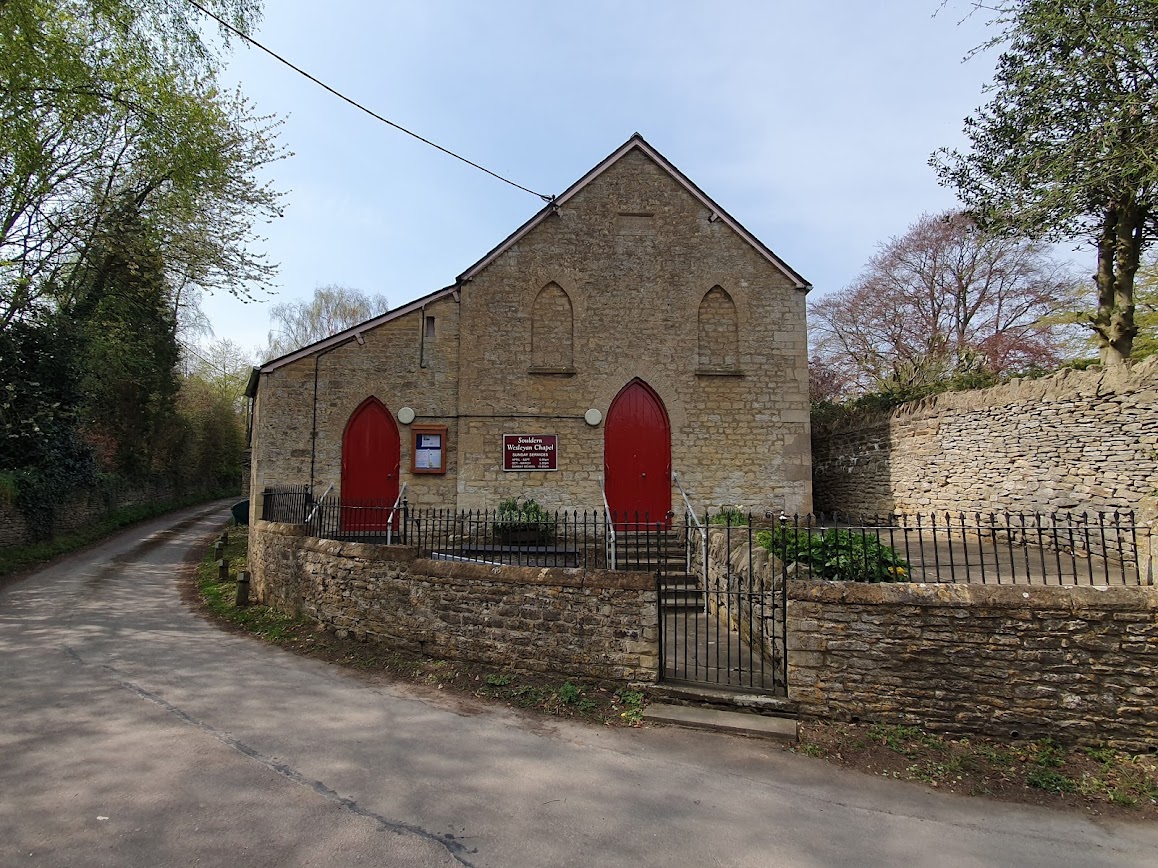 In 1818 and 1819 dissenting meeting houses were licensed so a small Wesleyan Chapel was built in Chapel Row in 1850, (now the end private house there — No 4)

In 1869 a group of Wesleyan Reformers were given land by James Cox who owned The Laurels (now Spring House). The original Trust Deed stated that the Chapel should also be used as a Sabbath school for teaching children and a small room was built on the side of the Chapel. The Trustees included Mr Fox and the foundation stone was laid on the 6th July 1869 in its present position in Back Lane.

In 1893 work began on a new school room and it was opened in 1895 and refurbished in 2006. It has been used ever since as a Sunday School with Mrs Audrey Westbury as Leader until her retirement due to ill health in March 2016.

In 1994 there were 125th Anniversary Celebrations.

Mr Robert Hitchman the author of three books recording his life and work in Souldern was one of the original members and a plaque was placed in the pulpit dedicated to his memory in 1994.

In 2009 John and Margret Goulder prepared a more detailed history of the chapel and Audrey Westbury recorded some memories of her long association with the Sunday school as part of the 140th Anniversary celebrations.