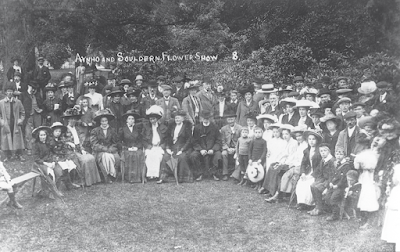 There have been many incarnations of a Horticultural society in Souldern going back to at least 1905, when there was a society for Aynho and Souldern. The present society was started in 1981 and has the distinction of being a club with a membership consisting of nearly the whole of Souldern. An annual show is arranged in August when members are able to compete for cups for their produce etc. 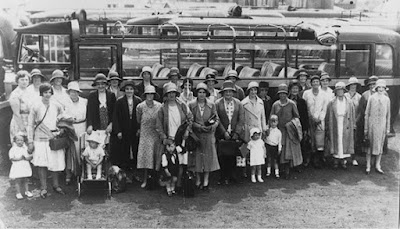 There is no longer a WI in Souldern. The last President was Mrs Diana Gray. The  photograph shows the Souldern WI on an outing in 1933. 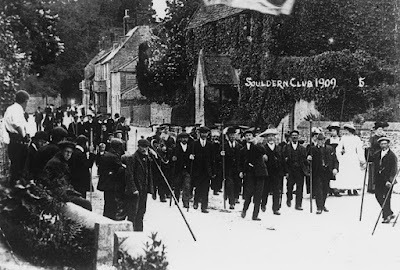 This was a working men's club formed in 1816 and was in being for over 100 years. In 1886 it had a membership of 84. Each member paid an admission fee of 5/- and afterwards 4/- a quarter. The payment during illness was 9/- per week for the first year and 4/6 per week thereafter. Wages at that time were approximately 14/- per week.

The club had a feast day annually on the 29th May, when everyone wore oak leaves. There was a parade, followed by a Church Service when most men carried a pole and some wore a bowler hat. The day continued with a good meal and a visit to Coky Smiths Fair which was set up on The Green.