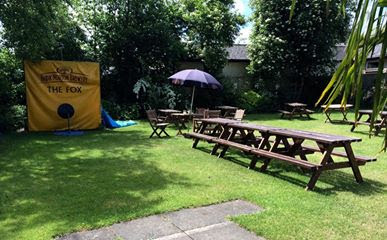 Aunt Sally is a traditional game, still played in many pubs in the Cotswolds and Oxfordshire area.

The dolly, a 10cm (4in) high ball or skittle,  is placed on a metal spike around a metre (40in) high. Players take it in turns to throw 6 sticks at the dolly. The aim is to knock the dolly off the spike without hitting the spike.